For all orders placed on Saturday/Sunday and Japanese holidays, please expect delays until the next business day.

Drift Tengoku (ドリフト天国 Dorifuto Tengoku, Drift Paradise) is a monthly auto magazine dedicated to drifting and was the first of its kind. Published by San-Ei Shobo Publishing in both print and video format.

Drift Tengoku was launched in April 1996 as part of Option2. At that time, printed quarterly, it mainly published drifting related articles such as tuning as well as covering drifting contests, it also covered illegal gatherings that took place on public road, especially at the touge. These features usually led to police visits to the magazine's office.

The magazine featured many of the now notable drifting drivers such as Ken Nomura and Nobuteru Taniguchi At the following year, the magazine went bimonthly and the year following that, it went monthly. It was not until February 1999 that the magazine was published as a standalone magazine. The magazine celebrated its 100th issue on September 2007.

(No reviews yet) Write a Review 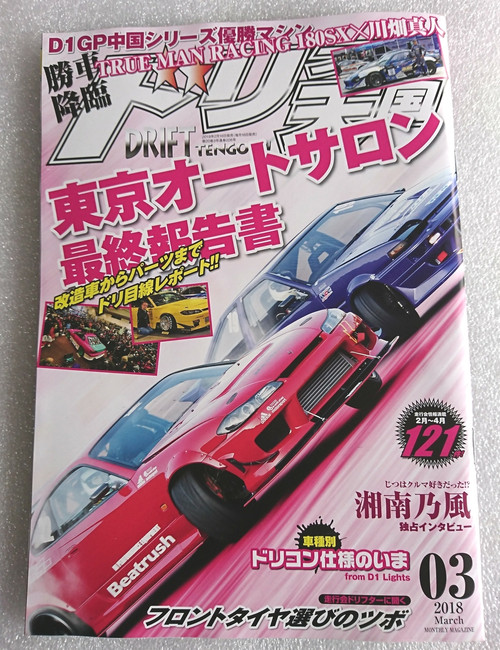